The thread state specifies the current status of the thread. Some times, the thread automatically switches from one state to another state automatically; at some other times, you can switch it’s state by using the methods offered by “Thread” class.
The following diagram describes the different states of a thread. 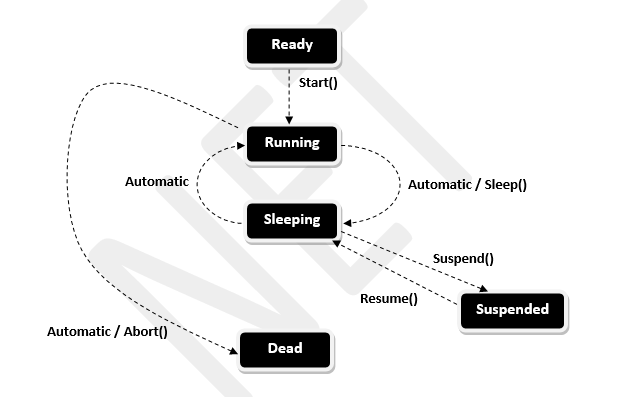 5. thobj.Abort()
This is close the thread execution completely, at any time. Once, if the “Abort()” method is called, the thread can’t be started or resumed. This is the end of every thread life cycle.